We’ve been back in Nashville for two weeks and I am happy and exhausted.  There are awesome things about spending large chunks of time in the places that make me happy, like Colorado and North Carolina, but I have to be honest when I say, there’s really NO place like home!  Especially in April, Nashville is a glorious place to be.  It’s green everywhere, the birds are singing, the weather is perfect, the shopping is getting so much better, there are a myriad of new restaurants to try out, and most of all, my friends and family are here.  Among the many benefits of having an empty nest, besides the flexibility to travel and spend time away from home, is the ability to socialize whenever you want.

So when we pass through Nashville after being away for almost four months, and want to re-connect with our friends and family, we experience a social life that we never had.  Long coffees that extend to lunch, nights out with my girlfriends, dinner on a school night, leisurely lunches…all possible without worrying about getting dinner on the table at 6, or school meetings, or daily grocery store trips.  When you’re only in town for a couple of weeks at a time, that means squeezing get-togethers in on a daily basis!

It’s been great.  And exhausting. But I feel like I’m experiencing my home town in an entirely new way.  It’s unbelievable how much this little town has changed, seemingly overnight.  After dinner at Pinewood Social Club the other night, our friends drove us around downtown like we were guests, and honestly, I felt like one.  Between the new Convention Center, the new Omni Hotel, tons of hip new restaurants with outdoor patios for dining, and the throngs of tourists on Broadway, I felt like I had never been here before!

Back in the middle ages, when we were celebrating my friend’s bachelorette party at the Urban Lounge on 2nd Avenue (anyone remember that place?), I remember driving down a deserted 2nd avenue at 1 a.m., and one of our friends had to pee, so she hopped out of the car and ran over to an alley to do her business.  (I’ll never tell who!).  There was literally NO ONE around.  There were two places to go on 2nd avenue back then (other than Tootsie’s), Urban Lounge and Ace of Clubs.

My little tour of downtown had me thinking about the Nashville of my youth.  (Geez, I sound old…oh yeah, I AM old!)  I have a lot of memories as a 20-something of downtown.  I met my husband at Ace of Clubs (through a mutual friend, not a bar pick-up, thank you very much!).  Ace of Clubs was a bar/dance place that had cages you could dance in, and I have many memories of that place, which later became Bar Nashville.  Before that, my girlfriends and I would drive down to TGIFridays on Elliston Place, Exit-In (REM, The White Animals, Talking Heads, Jimmy Buffet, Tom Petty, They Might be Giants…so many great bands played there), the Mardi Gras nightclub down by the warehouses near the river downtown, where you could buy the most potent Long Island Tea in existence, and HeartThrob’s at the Fountain Square Mall in Metro Center (an 80’s dance club where a VIP card let you bypass the throngs of people waiting to get inside). 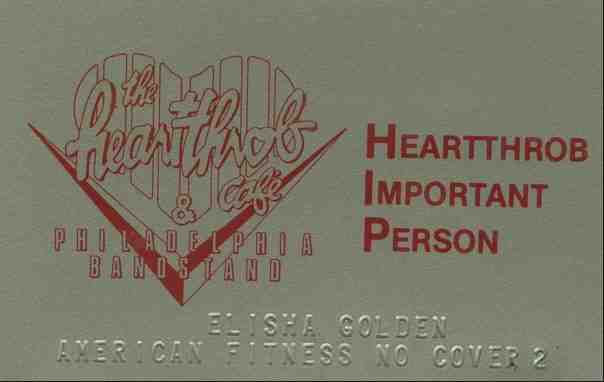 There was The Wind in the Willows off West End, where we went to see “Hubert Davis and the Season Travelers”…probably the best bluegrass band I’ve ever heard.  (Apologies to the Steep Canyon Rangers, who run a close 2nd).  I remember Hubert’s tag line like it was yesterday…

“Wednesday….Thursday…..Friday…..and Saturday night…every week that
rolls around, right here at the Wind in the Willows (or later, the Bluegrass Inn).  If you like your friends you tell em about it, if not, then keep your mouth shut.  Every things gonna be alright!”

The hot apple pie a la mode at the Elliston Place Soda Shop, the caramel popcorn at Harding Mall (one of two malls we had in the early 70’s that were nice, clean, and very busy), the hometown department stores, Castner-Knott and Cain-Sloan (I was on the “Teen Board” at Cain-Sloan in 1978-1979), Harvey’s downtown with the amazing carousel horses and their nativity scene at Centenniel Park, and  I worked at “The Jewel Box” when it opened in Hickory Hollow Mall in the late 70’s, a busy, crowded, teenage hangout of a place.

I remember when a friend moved to Brentwood back when I was in elementary school.  It was so far, it felt like we were going on an overnight whenever we drove out there to visit.  But during the 80’s, Nashville had truly become a metropolitan area, spread out from Brentwood and Franklin on one side to Madison and Goodlettsville on the other.  But the thing that I remember, is that no matter where we went, we ran into people we knew!  We’d drive 20 minutes to get to downtown where we’d run into all our friends.  That doesn’t happen anymore.
When I start that journey down memory lane, it’s not just the 70’s and 80’s…the 60’s pop in there, too, and they start flooding back.  The rollercoaster at Fair Park, swimming at Pine Springs, shopping at Zayre (our 70’s version of Target), baseball games at Una Recreation Center, Hermitage landing, Vandyland, prom dates at the Jolly Ox, Sailmaker’s or Cajun’s Wharf,  “Creature Feature” on TV with Sir Cecil Creep, that weatherman that threw chalk and caught it in his pocket after every forecast “by George!”, Coyote McCloud on Y-107…”Lock it in and rip the knob off!”, and Scott Shannon at WMAK,  Shoney’s, Opryland (where I had season passes and basically used it as summer camp for a couple of years, before having a series of summer jobs sweeping or working the kiddie rides), the “Dixie Flyers” professional hockey at the Municipal Auditorium, driving out to the old airport to stand on the outdoor observation deck to watch planes land and take off…I think you get the picture.  Once I start thinking back it’s never ending.
I do love the changes that have happened in our fair city…it’s nice to have so many more options in shopping, dining, and the arts, but I miss the ‘small town’ ambience of Nashville.  I think it has taken me 50+ years, and leaving Nashville for months at a time to really appreciate our history.
What do you remember about Nashville?

blvd nashville…like an old friend in a new dress!